“I was not in favor of Obamacare. Last year I was not going to get health insurance. I was going to pay the penalty. But I have to come clean, I was wrong. I’m very grateful to be where I am now.”
Robert Mandler Jr. got covered through the Health Insurance Marketplace just in time. After living a healthy life and not having much to do with doctors, Robert, 47, realized late last year that he had a growth on his tonsils. He got covered through the Health Insurance Marketplace and made his first doctor’s appointment. It turned out he had a late stage cancer.
"I'm alive today because of access to health care, and I'm alive today and I'm cancer free because of the Marketplace."
Read more about Robert's story. 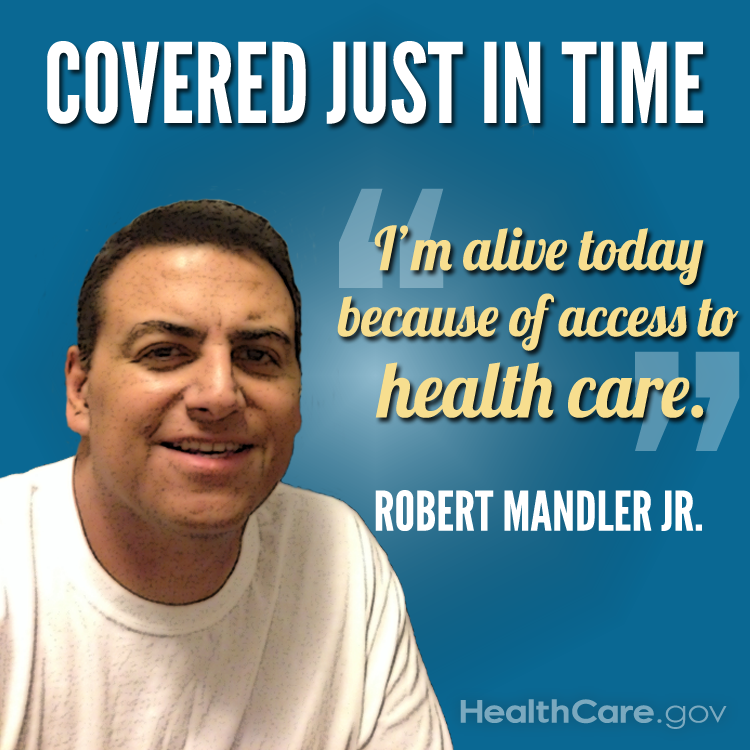