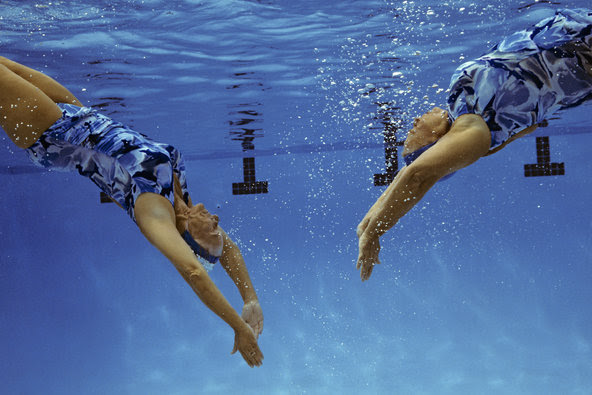 CreditKaren Kasmauski/Getty Images
Exercise may help to keep the brain robust in people who have an increased risk of developing Alzheimer’s disease, according to an inspiring new study. The findings suggests that even moderate amounts of physical activity may help to slow the progression of one of the most dreaded diseases of aging.
For the new study, which was published in May in Frontiers in Aging Neuroscience, researchers at the Cleveland Clinic in Ohio recruited almost 100 older men and women, aged 65 to 89, many of whom had a family history of Alzheimer’s disease.
Alzheimer’s disease, characterized by a gradual and then quickening loss of memory and cognitive functioning, can strike anyone. But scientists have discovered in recent years that people who harbor a specific variant of a gene, known as the APOE epsilon4 allele or the e4 gene for short, have a substantially increased risk of developing the disease.
Genetic testing among the volunteers in the new study determined that about half of the group carried the e4 gene, although, at the start of the study, none showed signs of memory loss beyond what would be normal for their age.
Then the scientists set out to more closely examine their volunteers’ brains.
For some time, researchers have suspected that Alzheimer’s disease begins altering the structure and function of the brain years or even decades before the first symptoms appear. In particular, it’s been thought that the disease silently accelerates the atrophy of the hippocampus, a portion of the brain critical for memory processing. Brain scans of people who have Alzheimer’s show that their hippocampi are considerably more shrunken than those of people of the same age without the disease.
There’s been less study, though, of possible shrinkage in the brains of cognitively normal people at risk for Alzheimer’s. One reason is that, until recently, few interventions, including drugs, had shown much promise in slowing or preventing the disease’s progression, so researchers – and patients – have been reluctant to identify markers of its potential onset.
But then some studies began to suggest that exercise might affect the disease’s progression. A 2011 brain scan study, for instance, conducted by some of the same researchers from the Cleveland Clinic, found that elderly people with the e4 gene who exercised regularly had significantly more brain activity during cognitive tests than people with the e4 gene who did not exercise, suggesting that the exercisers’ brains were functioning better.
But that study looked at the function, not the structure of the brain. Could exercise also be affecting the physical shape of the brain, the researchers wondered, particularly in people with the e4 gene?
To find out, they asked the volunteers in their new experiment how often and intensely they exercised. About half, as it turned out, didn’t move much at all. But the other half walked, jogged or otherwise exercised moderately a few times every week.
In the end, the scientists divided their volunteers into four groups, based on their e4 status and exercise habits. One group included those people with the e4 gene who did not exercise; another consisted of those with the e4 gene who did exercise; and the other two groups were composed of those without the gene who did or did not regularly exercise.
The scientists then scanned their volunteers’ brains, with particular emphasis on their hippocampi. Eighteen months later, they repeated the scans.
In that brief interval, the members of the group carrying the e4 gene who did not exercise had undergone significant atrophy of their hippocampus. It had shrunk by about 3 percent, on average.
Those volunteers who carried the e4 gene but who regularly exercised, however, showed almost no shrinkage of their hippocampus. Likewise, both groups of volunteers who did not carry the e4 gene showed little change to their hippocampus.
In effect, the brains of physically active volunteers at high risk for Alzheimer’s disease looked just like the brains of people at much lower risk for the disease, said Stephen M. Rao, a professor at the Schey Center for Cognitive Neuroimaging at the Cleveland Clinic, who oversaw the study. Exercise appeared to have been protective.
Meanwhile, the brains of sedentary people at high risk appeared to be slipping, structurally, toward dysfunction.
“This occurred in a very compressed time frame,” said Dr. Rao, who described the differences in brain structure as “quite significant.”
How exercise was guarding people’s hippocampi remains unclear, he said, although the e4 gene is known to alter fat metabolism within the brain, he said, as does exercise, which could be counteracting some of the undesirable effects of the e4 gene.
More research needs to be done to better understand the interplay of exercise and Alzheimer’s disease risk. But even so, Dr. Rao said, “there’s good reason to tell people to exercise” to protect their memories. Many of us do not carry the e4 gene, but everyone has some chance of developing Alzheimer’s disease.
And if exercise reduces that risk in any way, Dr. Rao said, “then why not get up and move?”
Correction: July 2, 2014
An earlier version of this post misstated the title of Stephen M. Rao. He is a professor at the Schey Center for Cognitive Neuroimaging at the Cleveland Clinic, not an associate professor.
Publicado por salud equitativa en 4:32