CDC | New SCD Findings: do you know your status? | NCBDDD

CDC | New SCD Findings: do you know your status? | NCBDDD 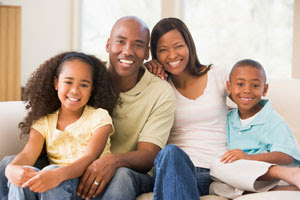 To figure out whether adults correctly report whether they have sickle cell disease or sickle cell trait, researchers selected a subset of the Southern Community Cohort Study participants, an ongoing study of nearly 86,000 older adults, between the ages of 40 and 79, living in 12 states in the southeastern United States.  They compared the study participant’s self-reported sickle cell status to the results from laboratory confirmed blood tests.   Of the 126 adults included in this study, 51 (40%) reported that they had SCD while 75 (60%) reported they did not have SCD.  Of the 51 reporting SCD, 3 (6%) actually had SCD confirmed with laboratory results, 32 (63%) had SCT, 3 (6%) had hemoglobin C trait (but not sickle cell trait), and 13 (25%) had neither SCD nor trait.
This article, published in the journal Public Health Genomics,  is the first population-based study to directly compare people’s understanding of their own disease status (also called, “self-reported disease status”) with laboratory results (genetic testing) and we invite you to read the abstract here

Why is it called Sickle Cell Disease (SCD)? expanded

What is Sickle Cell Disease? collapsed

What are some of the problems of Sickle Cell Disease? collapsed

What is Hemoglobin C Trait? collapsed