Making the next generation tobacco-free

Over the last 50 years, more than 20 million Americans have died from smoking.
Today’s report, The Health Consequences of Smoking—50 Years of Progress: A Report of the Surgeon General, comes a half century after the historic 1964 Surgeon General’s report, which concluded that cigarette smoking causes lung cancer. Over the last 50 years tobacco control efforts have saved 8 million lives but the job is far from over.
This report provides the impetus to accelerate public health and clinical strategies to drop overall smoking rates to less than 10% in the next decade. Our nation is now at a crossroads, and we must choose to end the tobacco epidemic once and for all. 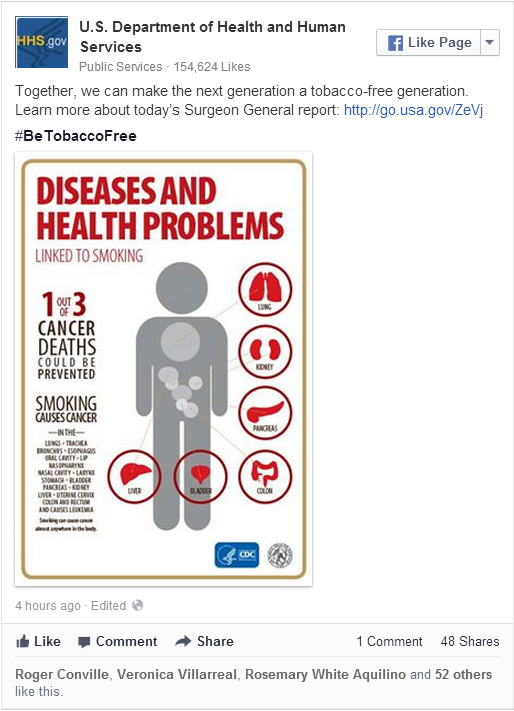