The Dangers of Hookah Smoking

Similar to cigarettes, hookah smoking delivers the addictive drug nicotine and it is at least as toxic as cigarette smoking. While many hookah smokers may consider this practice less harmful than smoking cigarettes, hookah smoking carries many of the same health risks as cigarettes.
Hookahs are water pipes that are used to smoke specially made tobacco this is usually flavored. They are also called a number of different names, including waterpipe, narghile, argileh, shisha, hubble-bubble, and goza. Hookah smoking is typically practiced in groups, with the same mouthpiece passed from person to person. 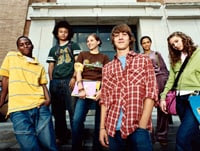 In recent years, there has been an increase in hookah use around the world, most notably among youth and college students. The Monitoring the Future survey found that in 2011, 18.5% of 12th grade students in the United States had used hookahs in the past year. This rate was slightly higher among boys (20%) than girls (17%). Other small-scale studies on young adults indicate that hookah smoking is more prevalent among university students in the United States, with past-year use ranging from 22% to 40%.

According to a study published in the 2012 issue of CDC's Preventing Chronic Disease, many hookah smokers believe that smoking a hookah carries less risk of tobacco-related disease than cigarette smoking. However, hookah smoke contains many of the same harmful toxins as cigarette smoke and has been associated with lung cancer, respiratory illness, low birth weight, and periodontal disease. According to a report from the World Health Organization (WHO)

, a hookah smoking session may expose the smoker to more smoke over a longer period of time than occurs when smoking a cigarette. Also, due to the method of smoking—including frequency of puffing, depth of inhalation, and length of the smoking session—hookah smokers may absorb higher concentrations of the same toxins found in cigarette smoke.

Educating Youth About the Dangers

According to a study published in CDC's Preventing Chronic Disease entitled Opportunities for Policy Interventions to Reduce Youth Hookah Smoking in the United States, one way to reduce youth hookah use is by educating young people about the harmful health effects associated with hookah smoking. The study suggests requiring warning labels on tobacco products and advertisements. Health organizations echo these suggestions. The WHO's Study Group on Tobacco Product Regulation (TobReg) urges consideration of the following public health initiatives to reduce hookah smoking and associated disease: