Using bacteria for good, not evil - Business - The Boston Globe

Using bacteria for good, not evil - Business - The Boston Globe 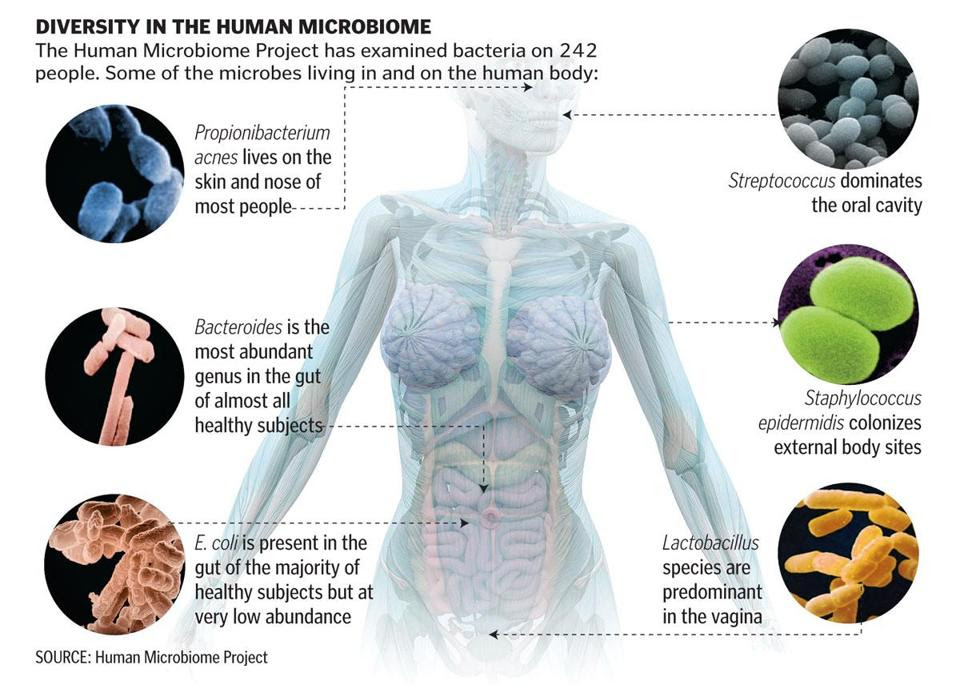 I am writing this not for you, but for the trillions of bacteria living in you and on you: Bacteria, we know your names, and we intend to dominate you.
Yes, it is a daunting and complex mission. You hide in our mouths, on our skin, and deep inside our digestive tract. But just as we cracked the human genome and have begun to sleuth out the genetic basis of many diseases, we intend to crack the microbiome — the collection of bacteria and other organisms that colonize the human body — and understand how killing some of you and increasing the numbers of others can keep us healthier. Let’s hope you fall into that second group, for your sake.
Here in Boston, we have been leading the way in understanding the composition of the microbiome at places like the Broad Institute of MIT and Harvard. And there are a handful of start-up companies working to develop new kinds of products that, by tweaking the makeup of that bustling metropolis of bacteria, might treat diseases like diabetes, psoriasis, or a range of intestinal disorders like colitis. Think of it like buying the riff-raff one-way bus tickets out of town while bringing in hard-working, tax-paying citizens.
These are still the early days for turning our understanding of the microbiome into medicines that doctors could prescribe. As Curtis Huttenhower puts it, “Developing treatments will take time. We still don’t know what push needs to be given to bacteria to get things into a healthy state.”
Huttenhower is a computer scientist at the Harvard School of Public Health who uses software to understand how the microbiome works. He also happens to use bacteria to make yogurt at his home in Needham. (He takes a scientist’s approach, trying different cultures in different batches. Some bacteria produce tasty yogurt, and others don’t.)
For us nonscientists, eating yogurt is one of the ways we knowingly encounter bacteria on a regular basis. There are also probiotic supplements on the market that purport to keep the digestive system working efficiently. While those aren’t harmful, they haven’t been proven in clinical trials to have an impact on specific diseases or chronic conditions.
You bacteria will not be grossed out by this next part, but any human readers may want to put down their doughnuts. In the world of the microbiome, some recent data from human clinical trials shows just how powerful “good bacteria” can be in combatting a stubborn and problematic type of bacteria called C. difficile. C. difficile infections are often picked up in hospitals and nursing homes. They cause severe abdominal pain and diarrhea, and they kill about 14,000 people a year in the United States.
In cases where antibiotics don’t knock out C. difficile, introducing bacteria from a healthy person was shown to work extremely well in a study published earlier this year. How is that done? Doctors insert fecal material from a healthy donor into the digestive tract of a patient with C. difficile.
In a recent trial in the Netherlands, the transplant worked in 15 out of 16 cases. (Patients in a control group receiving standard antibiotic treatment fared so much worse that the study was halted early because it was deemed unethical to continue.)
Doctors have used fecal transplants since at least the 1950s. But obviously, being able to grow bacteria in a lab and pack them into a capsule would be much more appealing. “One of the important questions that this recent trial answered was whether you can change somebody’s microbiome to improve their health, and the answer seems to be yes,” says Bernat Olle, a founder of Vedanta Biosciences, a Boston start-up working on bacteria-based treatments for C. difficile, inflammatory bowel disease, and allergies.
“By correcting changes in the microbiome, we believe [that] can have a therapeutic effect that no drug out there can have,” Olle says, “because most of the drugs try to target symptoms like inflammation, without doing anything to the microbial flora that could be causing it.” (Flora is another term for the range of bacteria that inhabits the human body.) Vedanta has so far been funded by PureTech Ventures, a Back Bay incubator of life sciences businesses.
A Cambridge start-up, Seres Health, sprang from the offices of Flagship Ventures, an incubator and venture capital firm, in 2012. Founder David Berry won’t say what diseases the company aims to tackle, but he does say the company hopes to begin conducting clinical trials this year.
Johnson & Johnson has provided some seed capital to a third company, Cambridge-based ViThera Pharmaceuticals. ViThera plans to use bacteria called lactobacillus as a kind of cargo truck, to deliver an inflammation-reducing protein called elafin to the intestinal wall of patients with inflammatory bowel disease. “We’re engineering these bacteria to do what we want them to do, in addition to what they do naturally,” says chief executive Johannes Fruehauf. The bacteria are intentionally weakened, so they stay in the digestive tract only for a short time.
Some day, Fruehauf predicts, doctors will analyze the bacteria that inhabit us to understand whether we are at higher risk for a particular disease or condition. Then, Fruehauf suggests, doctors might prescribe a cocktail of antibiotics and probiotics that would head it off at the pass, or at least diminish its severity.
It’s impossible to change the genome that we’re born with, but we can alter our microbiome. Preventing the onset of a range of diseases — from dental cavities to celiac disease — “would be a holy grail,” says Dirk Gevers, a computational biologist at the Broad Institute. Of course, it’s possible that tweaking the microbiome may have no significant impact on the progression of some or all of these diseases. But as with all new scientific frontiers, the possibilities seem limitless right now.
So heads-up, bacteria. Your carefree days of colonizing our species are numbered.
Scott Kirsner can be reached at kirsner@pobox.com. Follow him on Twitter @ScottKirsner.
Publicado por salud equitativa en 5:10