Omega-3 fatty acids are a group of polyunsaturated fatty acids that are important for a number of functions in the body. They are found in foods such as fatty fish and certain vegetable oils and are also available in dietary supplements. This fact sheet provides basic information about omega-3 fatty acids (omega-3s)—with a focus on dietary supplements, summarizes scientific research on effectiveness and safety, and suggests sources for additional information.

The three principal omega-3 fatty acids are alpha-linolenic acid (ALA), eicosapentaenoic acid (EPA), and docosahexaenoic acid (DHA). The main sources of ALA in the U.S. diet are vegetable oils, particularly canola and soybean oils; flaxseed oil is richer in ALA than soybean and canola oils but is not commonly consumed. ALA can be converted, usually in small amounts, into EPA and DHA in the body. Fatty fish, such as salmon, mackerel, herring, sardines, and tuna, are rich sources of EPA and DHA; leaner types of fish and shellfish provide smaller amounts.
Commonly used dietary supplements that contain omega-3s include fish oil (which provides EPA and DHA) and flaxseed oil (which provides ALA). Algae oils are a vegetarian source of DHA.
Omega-3 fatty acids are important for a number of bodily functions, including muscle activity, blood clotting, digestion, fertility, and cell division and growth. DHA is important for brain development and function. ALA is an “essential” fatty acid, meaning that people must obtain it from food or supplements because the human body cannot manufacture it.

Use of Omega-3 Supplements in the United States

According to the 2007 National Health Interview Survey, which included a comprehensive survey on the use of complementary health approaches by Americans, fish oil/omega-3/DHA supplements are the nonvitamin/nonmineral natural product most commonly taken by adults, and the second most commonly taken by children. Among survey participants who had used selected natural products in the last 30 days, about 37 percent of adults (10.9 million) and 31 percent of children (441,000) had taken an omega-3 supplement for health reasons.

Scientific evidence on complementary health approaches includes results from laboratory research as well as clinical trials (studies in people). It provides information on whether an approach is helpful and safe. Scientific journals publish study results, as well as review articles that evaluate the evidence as it accumulates; fact sheets from the National Center for Complementary and Alternative Medicine (NCCAM)—like this one—base information about research findings primarily on the most rigorous review articles, known as systematic reviews and meta-analyses.

What the Science Says

Experts agree that fish rich in omega-3 fatty acids should be included in a heart-healthy diet. However, omega-3s in supplement form have not been shown to protect against heart disease.

A 2012 systematic review concluded that the types of omega-3s found in fish and fish oil are modestly helpful in relieving symptoms of rheumatoid arthritis. In the studies included in the review, many of the participants reported that when they were taking fish oil they had briefer morning stiffness, less joint swelling and pain, and less need for anti-inflammatory drugs to control their symptoms.

A moderate amount of evidence suggests that consuming adequate amounts of omega-3 fatty acids, especially DHA, during pregnancy and breastfeeding is associated with improvements in infant health, such as brain and eye development. The Dietary Guidelines for Americans recommend that women who are pregnant or breastfeeding consume at least 8 ounces but no more than 12 ounces of seafood each week and not eat certain types of fish that are high in mercury—a toxin that can harm the nervous system of a fetus or young child.


Diseases of the Brain and the Eye

The results of research on omega-3 fatty acids and diseases of the brain and eye have been promising, but there is not enough evidence to draw conclusions about the effectiveness of omega-3s for these conditions.

Omega-3s also have been studied for preventing or treating a variety of other conditions such as allergies, asthma, cachexia (severe weight loss) associated with advanced cancer, Crohn’s disease, cystic fibrosis, diabetes, kidney disease, lupus, menstrual cramps, obesity, osteoporosis, and ulcerative colitis, as well as organ transplantation outcomes (e.g., decreasing the likelihood of rejection). No conclusions can be drawn about whether omega-3s are helpful for these conditions based on currently available evidence.

If You Are Considering Omega-3 Supplements

The NCCAM Clearinghouse provides information on NCCAM and complementary health approaches, including publications and searches of Federal databases of scientific and medical literature. The Clearinghouse does not provide medical advice, treatment recommendations, or referrals to practitioners.
Toll-free in the U.S.:
1-888-644-6226
TTY (for deaf and hard-of-hearing callers):
1-866-464-3615
Web site:
nccam.nih.gov
E-mail:
info@nccam.nih.gov

ODS seeks to strengthen knowledge and understanding of dietary supplements by evaluating scientific information, supporting research, sharing research results, and educating the public. Its resources include publications (such as Dietary Supplements: What You Need to Know), fact sheets on a variety of specific supplement ingredients and products (such as vitamin D and multivitamin/mineral supplements), and the PubMed® Dietary Supplement Subset.
Web site:
ods.od.nih.gov

AHRQ conducts research on health care outcomes, quality, costs, use, and access. It also has consumer information on health insurance and other topics, including the publication Questions and Answers About Health Insurance: A Consumer Guide.
Telephone:
1-301-427-1364
Web site:
www.ahrq.gov

A service of the National Library of Medicine (NLM), PubMed® contains publication information and (in most cases) brief summaries of articles from scientific and medical journals.
Web site:
www.ncbi.nlm.nih.gov/sites/entrez

NIH Clinical Research Trials and You

The National Institutes of Health (NIH) has created a Web site, NIH Clinical Research Trials and You, to help people learn about clinical trials, why they matter, and how to participate. The site includes questions and answers about clinical trials, guidance on how to find clinical trials through ClinicalTrials.gov and other resources, and stories about the personal experiences of clinical trial participants. Clinical trials are necessary to find better ways to prevent, diagnose, and treat diseases.
Web site:
www.nih.gov/health/clinicaltrials/

RePORTER is a database of information on federally funded scientific and medical research projects being conducted at research institutions.
Web site:
projectreporter.nih.gov/reporter.cfm

To provide resources that help answer health questions, MedlinePlus (a service of the National Library of Medicine) brings together authoritative information from the National Institutes of Health as well as other Government agencies and health-related organizations.
Web site:
www.medlineplus.gov
This publication is not copyrighted and is in the public domain. Duplication is encouraged.
NCCAM has provided this material for your information. It is not intended to substitute for the medical expertise and advice of your primary health care provider. We encourage you to discuss any decisions about treatment or care with your health care provider. The mention of any product, service, or therapy is not an endorsement by NCCAM.
* Note: PDF files require a viewer such as the free Adobe Reader.
NCCAM Pub No.:
D436
Date Created:
July 2009
Last Updated:
November 2012 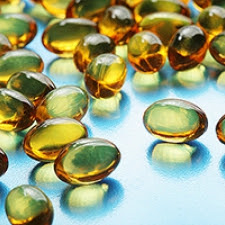