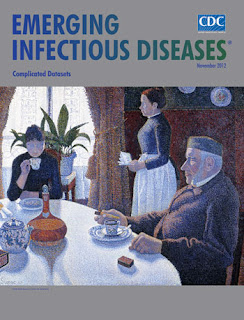 Coccidioidomycosis is endemic to the Americas; however, data on deaths caused by this disease are limited. To determine the rate of coccidioidomycosis-associated deaths in the United States, we examined multiple cause–coded death records for 1990–2008 for demographics, secular trends, and geographic distribution. Deaths were identified by International Classification of Diseases, 9th and 10th Revision, codes, and mortality rates were calculated. Associations of deaths among persons with selected concurrent conditions were examined and compared with deaths among a control group who did not have coccidioidomycosis. During the 18-year period, 3,089 coccidioidomycosis-associated deaths occurred among US residents. The overall age-adjusted mortality rate was 0.59 per 1 million person-years; 55,264 potential life-years were lost. Those at highest risk for death were men, persons >65 years, Hispanics, Native Americans, and residents of California or Arizona. Common concurrent conditions were HIV and other immunosuppressive conditions. The number of deaths from coccidioidomycosis might be greater than currently appreciated.


Coccidioidomycosis is a reemerging infectious disease caused by inhalation of airborne spores of the soil fungus Coccidioides immitis or C. posadasii (1). Coccidioides spp. are native to arid and desert areas in North America (California, Arizona, Texas, Utah, Nevada, New Mexico, and northern parts of Mexico), Central America, and South America (2). The manifestations of infection with either organism are assumed to be identical. Coccidioides spp. are found in lower elevation areas that receive <20 and="and" have="have" href="http://wwwnc.cdc.gov/eid/article/18/11/12-0752_article.htm#r3" inches="inches" of="of" per="per" rain="rain" sandy="sandy" soil="soil" title="3" warm="warm" year="year">3
). They are usually found 4–12 inches below the surface. Organism growth is enhanced in areas of animal droppings, burial sites, and animal burrows (4). Among persons living in coccidioidomycosis-endemic areas, ≈10%–50% have been exposed to Coccidioides spp. Each year in the United States, an estimated 150,000 new cases of coccidioidomycosis occur (5). The trend of incidence varies by state because of differences in epidemiology, reporting standards, and case definitions. For 2010, the 2 states most affected by coccidioidomycosis, Arizona and California, reported incidence of 186.0 and 11.5 cases per 100,000 population, respectively (6–8). The epidemiology of coccidioidomycosis varies by area; environmental factors play a major role (9). Exposure to Coccidioides spp. varies by season, geographic location (3), and condition of the air. Exposure to spores is more common in dusty conditions, e.g., after earthquakes, dust storms, droughts, and other natural disasters that increase the amount of dust in the air (10). Persons in certain occupations are at higher risk for exposure to spores, e.g., archeologists (11), military personnel, construction workers (12), and farmers. Prisons in coccidioidomycosis-endemic areas might place inmates at risk for exposure (13).
Pulmonary infection can result from inhalation of 1 spore; however, high numbers of spores are more likely to result in symptomatic disease. With rare exception, animal-to-person or person-to-person transmission does not occur. The incubation period is 1–4 weeks. Most patients are asymptomatic, but others might have an acute or chronic disease that initially resembles a protracted respiratory or pneumonia-like febrile illness primarily involving the bronchopulmonary system. Dissemination to multiple organ systems can occur. Illness is typically characterized by >1 of the following: influenza-like signs and symptoms; pulmonary lesion diagnosed by chest radiograph; erythema nodosum or erythema multiforme rash; meningitis; or involvement of bones, joints, skin, viscera, and lymph nodes (14,15). Extrapulmonary manifestations occur in 0.6% of the general population, most commonly secondary to hematogenous spread; meningitis carries an especially grave prognosis (16). The risk for disseminated disease is significantly higher among men (17), those with compromised or suppressed immune systems (e.g., persons with HIV), those receiving corticosteroids, and pregnant women. Risk for disseminated disease also seems to be higher for African Americans and Filipino Americans (18).