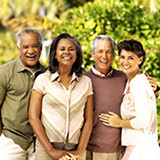 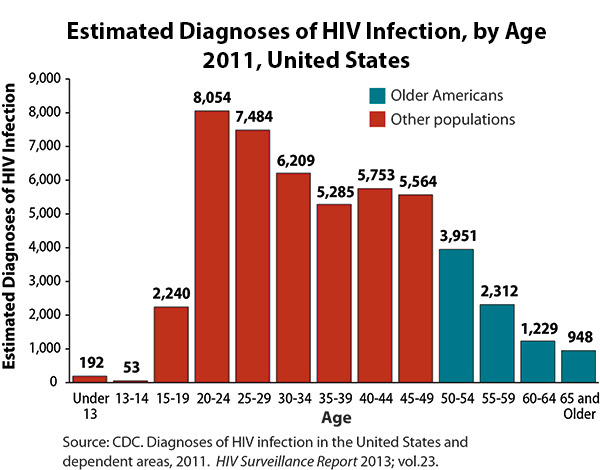 HIV and AIDS Diagnosesc and Deaths 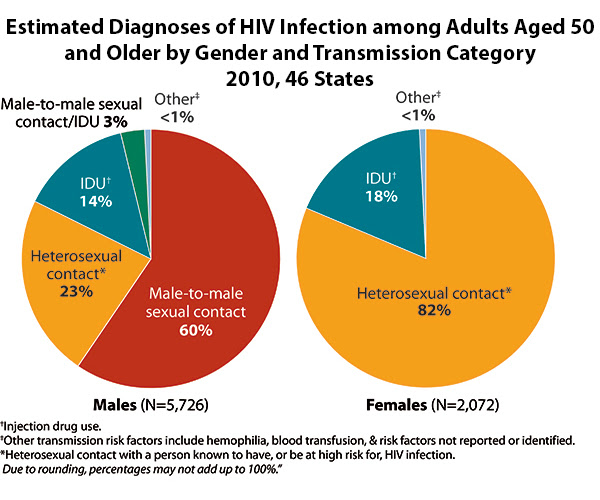 Older Americans are more likely than younger Americans to be diagnosed with HIV infection late in the course of their disease, meaning a late start to treatment and possibly more damage to their immune system. This can lead to poorer prognoses and shorter HIV-to-AIDS intervals. For instance, an estimated 24% of people aged 25-29 who were diagnosed with HIV infection in 2010 progressed to AIDS in 12 months, compared with an estimated 44% of people aged 50 to 59, 49% of people aged 60-64, and 53% of people aged 65 and older. One reason this may be happening is that health care providers do not always test older people for HIV infection. Another may be that older people mistake HIV symptoms for those of normal aging and don’t consider HIV as a cause.

Many older Americans are sexually active, including those who are infected with HIV, and have many of the same risk factors for HIV infection as younger Americans, including a lack of knowledge about HIV and how to prevent transmission, inconsistent condom use, and multiple partners. Older people also face unique issues, including:

Stigma is a particular concern among older Americans because they may already face isolation due to illness or loss of family and friends. Stigma negatively affects people’s quality of life, self-image, and behaviors and may prevent them from seeking HIV care and disclosing their HIV status. 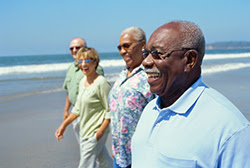 CDC and its partners are pursuing a High Impact Prevention approach to advance the goals of the National HIV/AIDS Strategy, maximize the effectiveness of current HIV prevention methods, and improve surveillance among older Americans. Activities include:
Support and technical assistance to health department and community-based organizations to deliver effective prevention and evidence-based interventions for antiretroviral therapy adherence for older Americans.
Act Against AIDS, a national communications initiative that focuses on raising awareness, fighting stigma, and reducing the risk of HIV infection among at-risk populations. AAA includes Let’s Stop HIV Together (approximately 40% of campaign participants are aged 50 and older), HIV Screening. Standard Care. (encourages primary care physicians to screen patients of all ages for HIV infection), and Prevention IS Care (provides continuing education and materials for physicians to address complex issues of those living with HIV).
The Care and Prevention in the United States Demonstration Project that supports increased testing and optimizes linkage to, retention in, and re-engagement with care and prevention services for newly diagnosed and previously diagnosed racial and ethnic minorities with HIV.
The Comprehensive Human Immunodeficiency Virus Prevention Programs for Health Departments Funding Opportunity Announcement , a 5-year, $339 million HIV prevention initiative for health departments in states, territories, and select cities, including those serving clients at risk for HIV infection.
For additional information and resources, visit: