plus an unknown number of tribes that are not Federally-recognized. Each tribe has its own culture, beliefs, and practices.

US Census Bureau, Current Population Reports:
Income, Poverty and Health Insurance Coverage in the US: 2010

US Office of Management and Budget (OMB):
OMB Bulletin Guidance on Aggregation and Allocation of Data on Race

Though the Indian Health Service (IHS)

is charged with serving the health needs of these populations, more than half of AI/ANs do not permanently reside on a reservation, and therefore have limited or no access to IHS services. 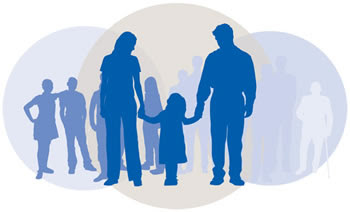 Please Note: Links to non-Federal organizations found at this site are provided solely as a service to our users. These links do not constitute an endorsement of these organizations or their programs by CDC or the Federal Government, and none should be inferred. The CDC is not responsible for the content of the individual organization Web pages found at these links.

Each year, the CDC awards approximately $7 billion in over 14,000 separate grant and contract actions, including simplified acquisitions.