by Vasculitis Foundation published about 1 month ago 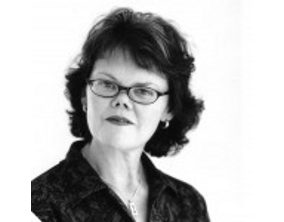 by RareConnect team published 3 months ago

Given that Celeste Castillo Lee used “Bridge over Troubled Waters” in the title of her keynote address at the 2013 Vasculitis Foundation Symposium I thought I would use a song title from The Sound of Music for this article. It is a very apt title because I am currently studying in Switzerland in the small alpine village of Saas Fee, three hours from Geneva and Zurich by train and bus. I a...
Read more

by RareConnect team published 3 months ago

Carrie is a wellness professional. So after being diagnosed with granulomatosis polyangiitis (Wegener’s) in 2012, she did the only thing she knew to do: Make lifestyle changes to help her live actively with the disease. “I do certain things to help myself besides traditional medicine,” she says. Carrie had prednisone and rituximab treatments after diagnosis. “I did a lot of research on ...
Read more

Imagine that you are participating in Iron Man competitions one day and suddenly you are facing a diagnosis of vasculitis. For James, this is the reality that confronted him in 2005.
James is a superior athlete who has participated in numerous Ironman Competitions. When he received a diagnosis of GPA/Wegener’s James was determined to literally “get back in the race”. In ...
Read more

Most people think of Friday the 13th as unlucky. In retrospect, Amanda remembers Friday, May 13th as a day when her life may have been saved thanks to CT Scan that revealed a critical issue—her Carotid Artery was blocked.
In this video, Amanda talks about her “lucky” day on Friday the 13th that lead to finding a cause of her lingering symptoms. She discusses the critical...
Read more

At the beginning of 2012 a Vasculitis Foundation Video Project was announced. The purpose of this effort is to spread awareness by sharing vasculitis stories about some extraordinary people to highlight the impact these chronic conditions have on vasculitis patients and also their families, friends and loved ones. People responded by sending in the video version of their personal vasculitis ...
Read more
- See more at: https://www.rareconnect.org/en/community/vasculitis/understand#sthash.Fuzuj0m5.dpuf