There are no means yet known that would control naturally occurring Naegleria fowleri levels in lakes and rivers making prevention difficult. Because of this, swimmers and other recreational water users should assume that there is always a low level of risk whenever they enter warm freshwater lakes, rivers, and hot springs (for example, when swimming, diving, or waterskiing), particularly in southern-tier states.

What You Can Do

The only certain way to prevent a Naegleria fowleri infection due to swimming is to refrain from water-related activities in warm freshwater. Personal actions to reduce the risk of Naegleria fowleriinfection should focus on limiting the amount of water going up the nose.
These actions could include:
You cannot get infected fromdrinking water contaminated with Naegleria. You can only be infected when contaminated water goes up into your nose.
These recommendations make common sense but are not based on any scientific testing since the low numbers of infections make it difficult to ever show that they are effective.

Routine, enhanced education of the public in advance of the summer swim season might be helpful. Education should put Naegleria fowleri infection in the context of other risks associated with recreational water use to help raise awareness and assist swimmers in making informed choices about their recreational activities. Healthcare professional education may be useful in speeding diagnosisand treatment.

In general, CDC does not recommend testing untreated rivers and lakes for Naegleria fowleri because the ameba is naturally occurring and there is no established relationship between detection or concentration of Naegleria fowleri and risk of infection. Environmental testing may be warranted for investigations in which Naegleria fowleri detection may be useful for establishing geographical distribution in new environments 1, survival in disinfected water bodies, or in household water systems2.
Posting signs based on finding Naegleria fowleri in the water is unlikely to be an effective way to prevent infections. This is because: 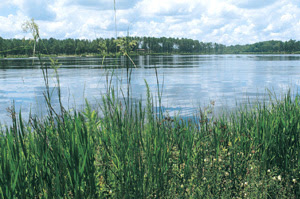 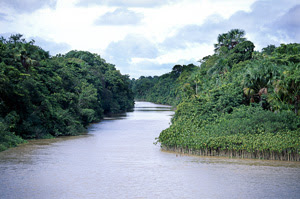