Happy Anniversary to All of Us… | Disability.Blog

Happy Anniversary to All of Us… | Disability.Blog

Happy Anniversary to All of Us… 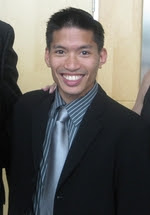 I begin this narrative by honoring the following significant individuals and recognizing that my mother, father and grandfather instilled in me to lead a life with a great sense of humility, respect, honor and integrity. I am a Filipino American with cerebral palsy. My father served in the United States Air Force and my mother is an educator. Her father – my grandfather – was part of the “Greatest Generation” who served in the Marine Corps during World War II. My grandfather acquired his disability during the war and the gentleman served as the most influential mentor during my childhood.

Happy Anniversary to all of us! July 26, 2015 represents 25 years of the Americans with Disabilities Act (ADA). In addition to the 25th anniversary of the ADA, many of us identify the 4th of July as “Independence Day” for the United States. However, this month always holds a significant meaning to me. I celebrate an anniversary of my own and this date represents an entirely different level of “independence” for me.