The 2014 Ebola epidemic is the largest in history, affecting multiple countries in West Africa. There were a small number of cases reported in Nigeria and a single case reported in Senegal; however, these cases are considered to be contained, with no further spread in these countries.
Two imported cases, including one death, and two locally acquired cases in healthcare workers have been reported in the United States. CDC and partners are taking precautions to prevent the further spread of Ebola within the United States. CDC is working with other U.S. government agencies, the World Health Organization (WHO), and other domestic and international partners and has activated its Emergency Operations Center to help coordinate technical assistance and control activities with partners. CDC has also deployed teams of public health experts to West Africa and will continue to send experts to the affected countries.

*Case counts updated in conjunction with the World Health Organization updates and are based on information reported by the Ministries of Health.
Detailed Case Counts 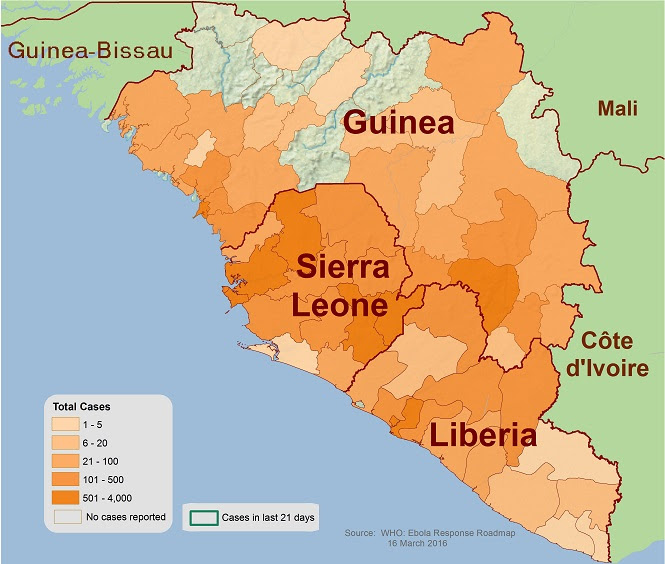