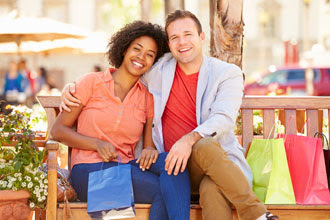 Deep venous thrombosis (DVT) is a blood clot in a large vein, usually in the leg or pelvis. Sometimes a DVT breaks free from where it formed and begins to move through the bloodstream. If the clot moves through the heart to the lungs it can block an artery supplying blood to the lungs. This condition is called pulmonary embolism (PE). The disease process that includes DVT and/or PE is collectively called venous thromboembolism (VTE). An estimated 300,000-600,000 people in the United States are affected by VTE each year.  However, current testing used to diagnose VTE fails to identify those factors that place a person at a greater risk for VTE in about half of cases. Furthermore, many of the factors that have been shown to place white people at higher risk for VTE have been found to have little impact on the risk for VTE among black people.  In order to prevent VTE and reduce differences in health outcomes among people with VTE of different races, it is important to learn more about the factors that influence a person’s risk for VTE.

This study conducted by the Centers for Disease Control and Prevention (CDC) and Emory University explored whether or not high levels of proteins traveling in the blood that are important in blood clotting (such as factor VIII [pronounced “factor eight”], von Willebrand factor, and fibrinogen) are risk factors for VTE.  Previous studies have found that high levels of these proteins may put people at risk for VTE, but most of the other studies did not account for other underlying conditions (such as high blood pressure, recent surgery, and diabetes) that may have influenced the relationship between these proteins and risk of VTE.  The CDC/Emory University study, published in the journal Ethnicity & Disease, is the first to explore the relationship between these proteins and risk of VTE after accounting for possible underlying conditions that may influence the relationship, giving a more complete understanding of whether or not high levels of the proteins actually influence VTE risk.  We invite you to read the abstract here

An estimated 300,000-600,000 people in the United States are diagnosed with VTE each year, but current testing used to diagnose VTE fails to identify those factors that place a person at a greater risk for VTE in about half of cases. The results of this study highlight two potential risk factors for VTE.  However, it is unknown whether or not using these risk factors in risk models will help identify people at high risk for VTE.  Furthermore, it is unknown whether or not accounting for these risk factors will help explain some of the differences in health outcomes among people with VTE of different races.  More research is needed to address these issues.