*The data for this study is from the Pediatric Nutrition Surveillance System (PedNSS), which includes almost 50% of preschool children eligible for federally funded maternal and child health and nutrition programs, primarily the WIC Program. The study population included 27.5 million children aged 2 through 4 years from 30 states and the District of Columbia that consistently reported data to PedNSS from 1998 -2010.

Obesity rates among all children in the United States 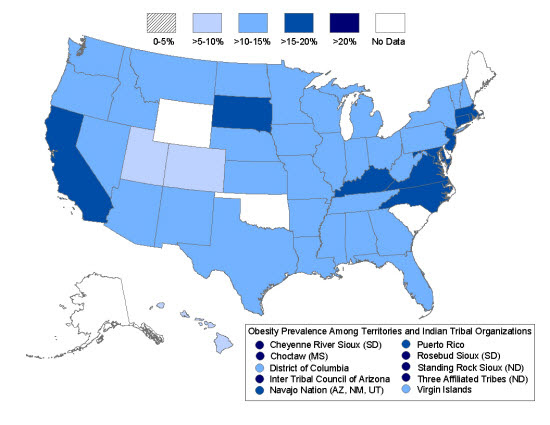 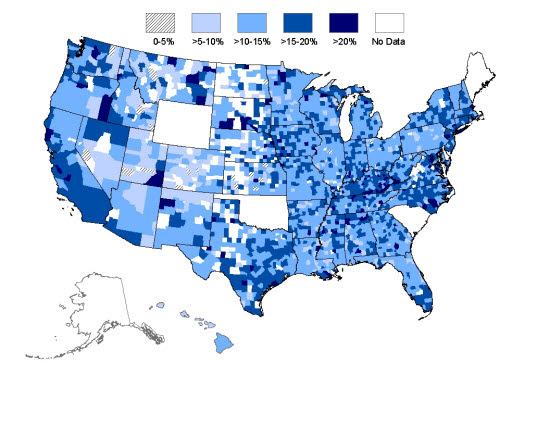