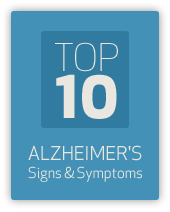 Professional football players are at increased risk of dying from Alzheimer’s disease, a new study reports. The findings are consistent with earlier reports that concussions and other head injuries that damage the brain can raise the risk of Alzheimer’s and other neurologic problems.
For the study, researchers analyzed death reports among 3,439 National Football League players who completed at least five seasons from 1959 to 1988. Only 10 percent of the players had died at the time of the analysis, a lower overall death rate than those of similar age in the general population.
Though the overall death rate was low, the researchers, from the National Institute for Occupational Safety and Health in Cincinnati, found that the football players were four times more likely to have died from Alzheimer’s disease. They were also at increased risk of dying from amyotrophic lateral sclerosis, a paralytic brain disease also called ALS or Lou Gehrig’s disease. Of the 334 retired football players who died, seven had Alzheimer’s disease and seven had ALS.
The researchers also looked at the risk of dying from Parkinson’s disease, though the risk of that disease was not significantly different than that of the general population. The findings appeared in Neurology, a journal from the American Academy of Neurology.
Doctors increasingly recognize the dangers of contact sports like football, which can lead to serious concussions and subsequent memory problems decades later. Better understanding of the links between head injuries, Alzheimer’s and other neurologic conditions, they say should help doctors better understand how Alzheimer’s develops and could lead to new ways to prevent or treat the disease.
Other studies have shown that among retired professional football players, those who experienced three or more concussions are at increased risk of memory and thinking problems compared to those who had fewer or no concussions. An increased risk of neurologic problems have also been reported in athletes in other sports like boxing, soccer, horse racing and hockey, all of which can involve head injuries. Neurologic problems have also been reported in high school and college players who suffer from head injuries.
In the current study, players most likely to suffer hard blows to the head were at the greatest risk of dying from Alzheimer’s. So-called speed players, who build considerable momentum before tackling or being tackled by other players, were at particular risk. Speed positions include quarterbacks, running backs, halfbacks, fullbacks, wide receivers, tight ends, defensive backs, safeties and linebackers.
The authors note that repeated head injuries have also been linked to a condition called chronic traumatic encephalopathy, a form of lasting brain injury that can lead to personality changes, depression and other symptoms resembling Alzheimer’s disease. It is possible that some of the athletes who were reported as having died from Alzheimer’s in the current study actually had chronic traumatic encephalopathy, which is not usually listed as a cause of death.
By ALZinfo.org, The Alzheimer's Information Site. Reviewed by William J. Netzer, Ph.D., Fisher Center for Alzheimer's Research Foundation at The Rockefeller University.
Source: Everett J. Lehman, Misty J. Hein, Sherry L. Baron, Christine M. Gersic: “Neurodegenerative Causes of Death Among Retired National Football League Players.” Neurology, Vol. 79, Sept. 3, 2012, page 1.