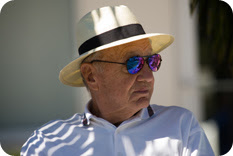 What is the problem?

During the California 2006 heat wave, there were 140 confirmed deaths and an additional 515 suspected deaths due to extreme heat. An estimated $133 million in health-related costs was attributed to the heat wave, along with an estimated $500 million in agriculture-related costs from the loss of livestock. Heat waves have and will continue to impact all regions of California, including urban, rural, inland, and coastal areas. In California, heat waves are expected to become longer and more frequent over time.


What did Tracking do?

The California Environmental Health Tracking Network worked with the Bay Area National Weather Service (NWS) regional office to conduct a study to determine if heat alerts accurately predicted times when people suffered the most heat illness. NWS monitors temperature and issues heat alerts. The heat alerts serve as triggers for cities and counties to take preventative action, such as opening cooling centers where the public can gather for life-saving relief from the heat. The California Tracking Program showed that heat-related emergency room visits peaked immediately following heat alerts for the San Jose area and subsided when the heat alerts were discontinued. Due to budget cuts, the City of San Jose wanted scientific evidence from NWS to show there was a need for cooling centers during heat waves. Without this proof, decision-makers would not approve the opening of cooling centers as part of the city's heat alert response plan for the upcoming summer.

NWS presented the California Tracking Program study findings to City of San Jose decision-makers. Based on this evidence, the city decided to allow cooling centers to open as part of the city's heat alert response. The California Tracking Program is partnering with NWS to conduct similar studies for other regions in California, including Los Angeles. This information will help cities to make decisions about heat wave preparedness policies and help NWS refine its heat alert system for each region.
CDC - Tracking Success Stories - CDC 24/7 - Saving Money Through Prevention - California

Welcome to the California Environmental Health Tracking Program (CEHTP) web portal. We are working to improve public health by delivering science-based information on the trends and distributions of diseases and environmental threats, as well as the often complex relationship between them.