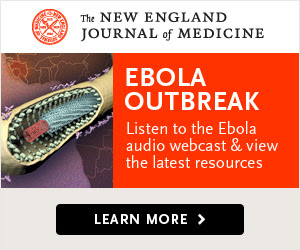 Article
References
Genetic testing is evolving rapidly. The availability of genome and exome sequencing, combined with the availability of over-the-counter genetic testing kits for asymptomatic persons, is raising complex patient care issues. In June, we presented the case of Jim Mathis, a fictional asymptomatic 45-year-old man who was concerned about his risk for cancer and who asked his internist about genetic testing.1 Two experts in the field presented their views about whether they would recommend genetic screening in an asymptomatic person such as Mr. Mathis and, if screening was recommended, whether a panel of cancer genes or the whole genome should be sequenced. We asked readers whether they would recommend any genetic testing and, if so, which type.
Of the 929 readers who voted, 40% would not perform any genetic testing. Among the 60% of voters who would recommend testing, most would choose limited screening by the sequencing of cancer genes only (47%); the remaining 12% of the voters would screen by sequencing the whole genome.
Readers from 77 countries voted; 42% of the voters were from the United States. Among U.S. readers, 37% would perform no genetic testing, 46% would screen only for cancer-susceptibility genes, and 17% would recommend whole-genome screening. The votes from the other 76 countries followed a similar pattern.
Although a majority of readers who voted would order genetic testing, most of the 74 readers who provided comments expressed reservations, questioning the appropriateness of genetic screening of any kind for Mr. Mathis. There was interest in obtaining additional information about Mr. Mathis' family history to better assess his inherited cancer risk, but most commenters believed that genetic screening was unlikely to be helpful. Many raised questions about the management of a positive test result. How would the cancer risk be explained? Would preventive or other life-extending therapies be available? Would Mr. Mathis be subject to unnecessary interventions? Would he have lifelong, potentially unwarranted anxiety? Commenters pointed out that a normal test result might provide false reassurance, and many emphasized that epigenetic factors, rather than a genetic blueprint alone, influence cancer risk, limiting the value of genetic screening.
Readers also commented on the financial aspect of genetic testing, from the cost of screening to potential downstream costs if screening showed increased risk. Commenters drew attention to differences in affordability of genetic testing in various parts of the world, the potential for discrimination based on test results, and a need for greater literacy among general practitioners regarding genetic testing.
Commenters who believed that genetic screening — of Mr. Mathis or of his mother — was a reasonable option cautioned that Mr. Mathis and his mother could make an informed decision about whether to undergo testing only if they received a comprehensive evaluation by a genetic counselor, with a detailed explanation of the risks, benefits, and costs. A few readers commented that not knowing about genetic risk was more harmful than knowing, even if the information was not clinically actionable.
The mixed results of the polls reflect, in part, concerns about genetic testing and about genome sequencing in asymptomatic persons who do not have a strong family history of diseases for which there are known genetic risk variants and available treatments. The potential benefits of such screening can be robustly assessed only in the context of prospective, large trials with long-term follow-up. In the meantime, the cost of DNA sequencing is declining as our knowledge about genetic risk is increasing. Many patients, like Mr. Mathis, are curious and will actively seek knowledge about their genetic risk.