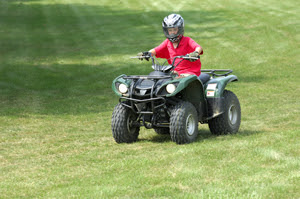 ATV Use
In 2011, an estimated 25% of youth reported that they had ridden an ATV at least once during the previous year. The proportion of rural youth who reported riding an ATV was double that of urban youth. Among riders, males tended to ride more often than females.
Helmet Use on ATVs
Only 45% of riders always wore a helmet, and 25% never wore a helmet. Youth who most frequently rode ATVs had the lowest consistent helmet use; 80% of youth who reported that they had ridden an ATV six or more times in the previous year did not always wear a helmet.
More Information
Publicado por salud equitativa en 10:06