Alzheimer's disease, the most common form of dementia among older adults, affects parts of the brain that control thinking, remembering and making decisions. It can seriously impair a person's ability to complete daily activities. Learn more about Alzheimer's disease and factors that may increase or lessen your risk for it.


What Contributes to Alzheimer's Disease?


How Do I Know If It's Alzheimer's Disease? 
How Do I Find Help? 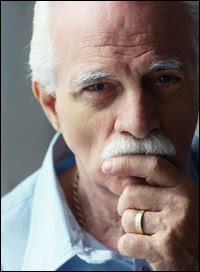 Consult a doctor when you have concerns about memory loss, thinking skills and behavior changes in yourself or a loved one. It is important for a doctor to determine the cause of memory loss or other symptoms. Treatable conditions that may mimic Alzheimer's disease include depression, drug interaction, thyroid problems, excess alcohol use, symptoms associated with certain vitamins, and dehydration.
An early, accurate diagnosis of Alzheimer's disease helps persons living with the disease and their families plan for the future by providing:


How is Alzheimer's Disease Treated?

Although there is no known cure for Alzheimer's disease, active medical management can improve the quality of life for individuals living with Alzheimer's disease and their caregivers.
For some people in the early and middle stages of the disease, drugs are available that may help prevent some symptoms from becoming worse for a limited time or help control behavioral symptoms of Alzheimer's disease such as sleeplessness, agitation, wandering, anxiety, and depression.


Support for Family and Friends

Additional Information on Services and Resources for Caregivers