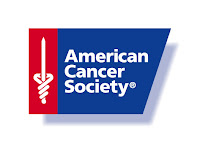 Article date: May 23, 2012
By Stacy Simon
Two medical groups have new lung screening advice for heavy smokers. The American College of Chest Physicians (ACCP) and the American Society of Clinical Oncology (ASCO) recommend that patients at greatest risk of developing lung cancer be screened with low-dose CT scans. They base the new guidelines on a review of studies that looked at low-dose CT screening.
The American Cancer Society is among the organizations that reviewed the studies, and is developing a full lung cancer screening guideline of its own. In the meantime, ACS guidance says people who think they may be at increased risk should speak with their doctors about the risks and benefits of using low-dose CT scans for the early detection of lung cancer.
The review was published online May 20, 2012 in the Journal of the American Medical Association. Researchers analyzed 21 studies of low-dose CT screening. The most significant was the National Lung Screening Trial. This study included more than 50,000 people aged 55 to 74 who were current or former smokers with at least a 30 pack-year history of smoking (equal to smoking a pack a day for 30 years, or 2 packs a day for 15 years). The study found that people who got low-dose CT had a 20% lower chance of dying from lung cancer than those who got chest x-rays. However, other trials found no benefit from screening.
The screening in the studies was done at large teaching hospitals with access to a lot of medical specialists and comprehensive follow-up care. Most were National Cancer Institute cancer centers.

The idea of screening for lung cancer is appealing, because it has the potential of finding the cancer earlier, when it’s easier to treat. Symptoms don’t usually appear until the cancer is already advanced and not able to be cured. But screening carries risks that may outweigh the benefits for everyone except those at higher than average risk for lung cancer, often heavy smokers. Age is also a risk factor.
One drawback of a low-dose CT scan is that it finds a lot of abnormalities that turn out not to be cancer but that still need to be assessed to be sure. (About 1 out of 4 people in the NLST had such a finding.) This may lead to additional scans or even more-invasive tests such as needle biopsies or even surgery to remove a portion of lung in some people. A small number of people who do not have cancer or have very early stage cancer have died from these tests. There is also a risk that comes with increased exposure to radiation.
The ACCP and ASCO say annual low-dose CT scanning should be offered to people like those in the National Lung Screening Trial: smokers and former smokers who are 55 to 74 years old, and have smoked for 30 pack-years or more and either continue to smoke or have quit within the past 15 years. They say the screening should be done at centers or hospitals that can provide the comprehensive care received by the people in the NLST.
They are not recommending CT scanning in people who are less heavy smokers, who are younger than 55 or older than 74, or who have other serious diseases that limit their life expectancy.

The ACCP and ASCO recommendations emphasize that screening for lung cancer is not a substitute for quitting smoking. The most important thing anyone can do to prevent lung cancer is not smoke.
Besides lung cancer, tobacco use also increases the risk for cancers of the mouth, lips, nose and sinuses, voice box, throat, esophagus, stomach, pancreas, kidney, bladder, uterus, cervix, colon/rectum, ovary, and acute myeloid leukemia. In the United States, tobacco use is responsible for nearly 1 in 5 deaths; this equals about 443,000 early deaths each year.
If you smoke and want help quitting, see the American Cancer Society Guide to Quitting Smoking or call us at 1-800-227-2345.
Reviewed by: Members of the ACS Medical Content Staff